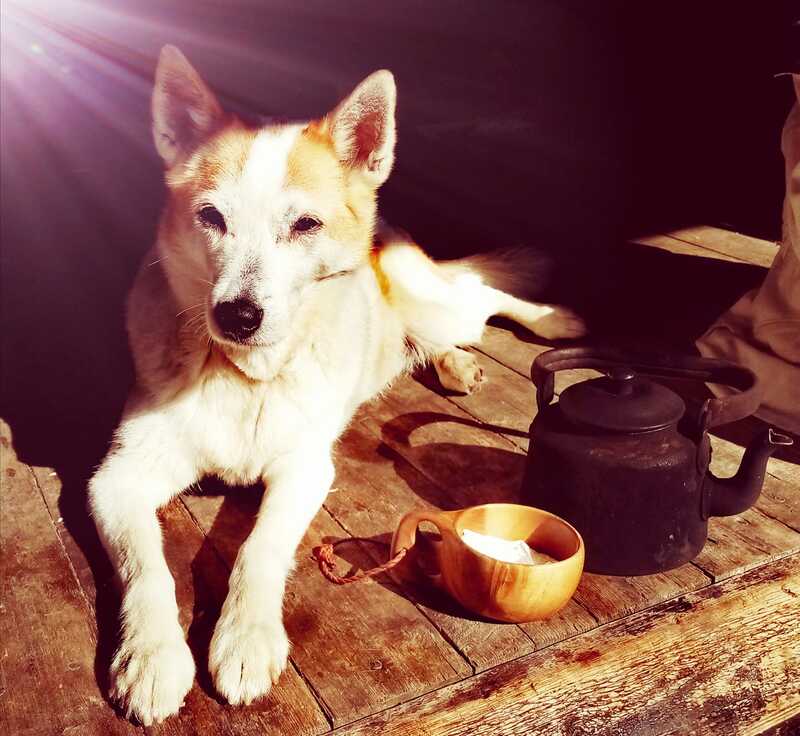 History of the Norrbottenspets

Small laika-type spitz, shaped by thousands of years of survival of the fittest, lived with the prehistoric hunting peoples of the North Cape area. In historic times, small, white-spotted multipurpose hunting dogs of the ancient laika-spitz type have lived with the Finnish speaking inhabitants in Norrbotten, Lappland, and Kainuuland as long as there have been wilderness settlements.

In the Nordic region, even in historic times, hunting was necessary for survival. Hunting with Norrbottenspets provided food, clothing and currency in the form of meat, fur and animal pelts (commonly sable, marten and ermine).

In the late 1800’s, the white spotted hunting spitz was left out of the official breeding program of  "The Barking Finnish Bird Dog”, the Finnish Spitz. The Swedes "adopted" this little white spotted dog and the first standard was approved by the Swedish Kennel Club in 1910. After World War II, fur prices declined drastically and so did interest in the Norrbottenspets. The Norrbottenspets was declared extinct in 1948 by the Swedish Kennel Club and the studbook was closed. But the breed survived in the remotest of villages.

During the late 50´s and early 60´s, true-to-type specimens of white spotted native dogs were found in inland North Bothnia in Pajala, remnants of the Finnish hunting culture. The Norrbottenspets was reintroduced to the Swedish Kennel Club registry and a new standard was written. The FCI accepted the new breed standard in 1966 and the official name became Norrbottenspets.

Following the Swedish Kennel Club´s desire, Finns began to search the remote countryside of North Finland for native dogs that matched the standard to broaden the gene pool. The majority of foundation dogs came from Finland. The studbook is still open in Finland, but was closed in the 1980's in Sweden. The Norrbottenspets population is about 1600 in Sweden and 1300 in Finland with scattered individuals counted in some tens around the world.