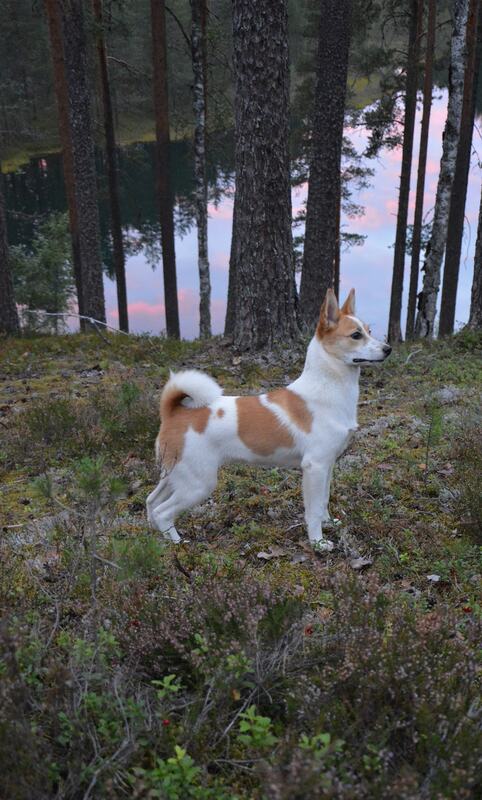 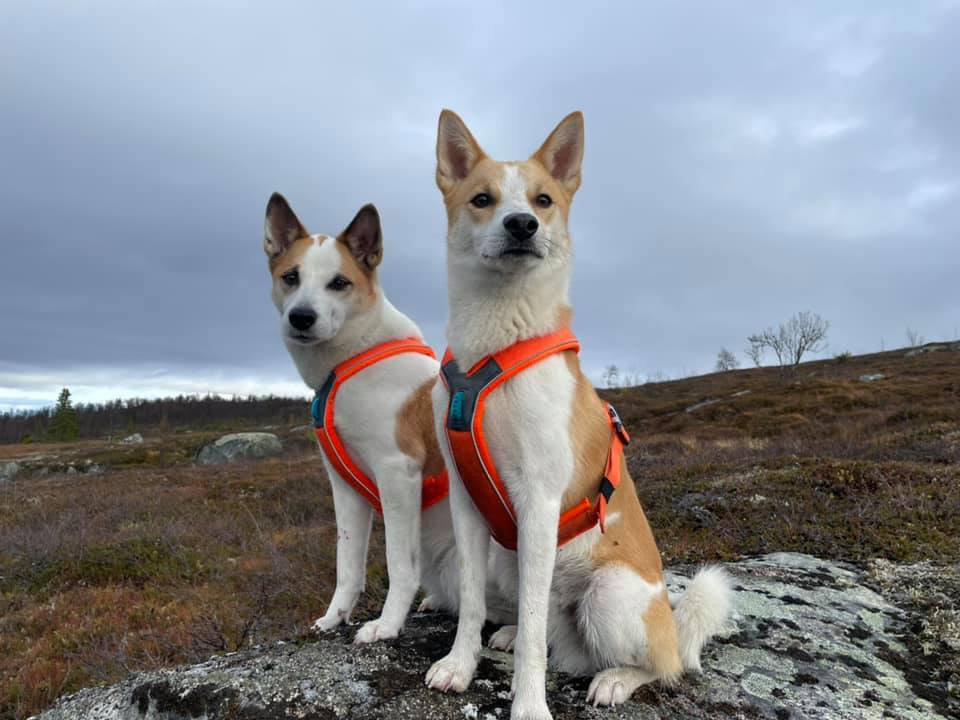 What is a Norrbottenspets?

​The Norrbottenspets is a small, spitz-type hound of Scandinavian origin that uses sight, scent, and hearing to hunt forest game and then holds the game at bay and calls the hunter with high-pitched vocalizations. To navigate the rough terrain and climate of Scandinavian forests and hold large dangerous game, like moose, Norrbottenspets are extremely agile, rugged, and weatherproof with a fearless attitude, while at the same time kind and affectionate companions at fireside and home. They exhibit no extremes in physical characteristics because they must do all things well. The Norrbottenspets is a compact, well-muscled, yet agile dog. Norrbottenspets vocalize when excited. Norrbottenspets typically range from 15 inches to 18 inches tall and should weigh between 20-30 pounds. They should should be calm, keen, and confidant, but not aggressive.

The Norrbottenspets is a barking hound. They were bred to have high-pitched, rapid barks that served multiple purposes. The bark allowed the hunter to locate their dog in the forest while hunting – before GPS collars were available. The barking also disoriented the animal and allowed the hunter to approach undetected. Norrbottenspets often bark when excited, playing, when they see other animals (hunting). When living in city limits, they can also be known to bark at cars and people walking by. Adequate exercise can help reduce, but not eliminate barking. Bark collars are not recommended to control barking as this is a breed trait. A Norrbottenspets should never be debarked. Behavioral modification training is the most successful way to reduce barking.

The Norrbottenspets has a moderate to high energy level. They should receive exercise daily in the form of walks, hiking, playing, etc. Getting proper mental and physical stimulation can reduce nuisance barking. Norrbottenspets should only be allowed off-leash with caution. They can have issues with recall if they see something that they believe is “prey," so training and building high value for recall is very important. Norrbottenspets are smart and often learn quickly. Individuals can become bored of repetitive training. ​

How healthy are they?

In general, the Norrbottenspets are a healthy and hearty breed who often live late into their teen years. Breeders should be testing dogs' eyes yearly, as well as checking for luxating patellas. While hip and elbow dysplasia is not generally seen in the breed, breeders should still consider submitting hip and elbow xrays to the OFA to ensure that it does not become a problem in the future. Epilepsy is seen in the breed, and is unfortunately not something you can test for. Familiarizing yourself with a dog's pedigree and whether or not their ancestors had epilepsy, breeder for good genetic diversity, as well as waiting until the dogs are a bit older (3-5 years, as generally epilepsy does not show up until the dog is mature) before breeding can help prevent dogs being born with epilepsy.
Breed History
AKC Breed Standard